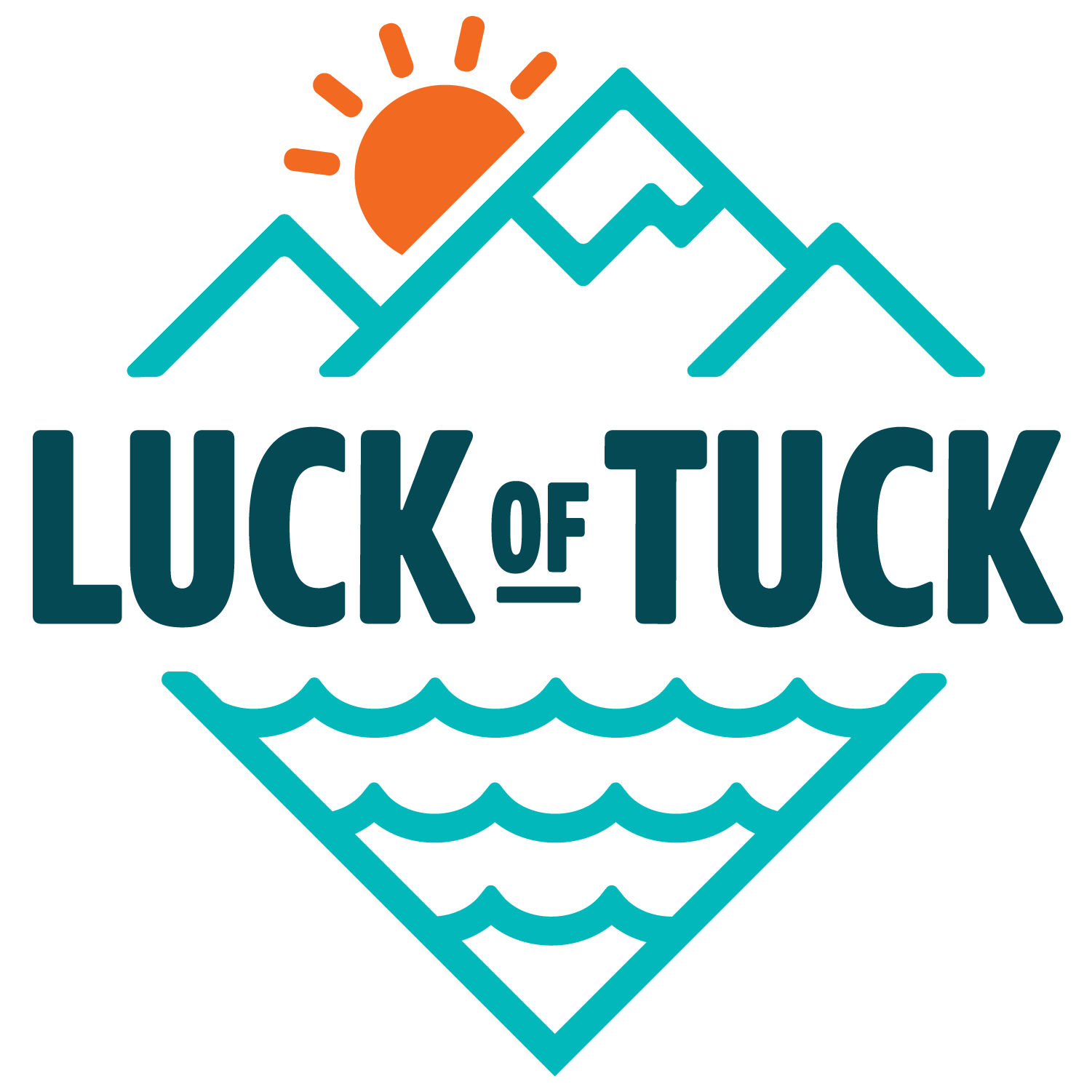 After we finally stopped crying from reading the story Krista + Jax + Echo shared, we were able to put this post together for you to read. Grab your tissues! The LUCK OF JAX + ECHO is absolutely real.

“While I could ramble on for hours about my best friends I will simply say this… Jax and Echo you are my greatest adventure, my light at the end of a dark tunnel, my heart. I may have rescued you, but you saved me”

FIRST, TELL US A LITTLE ABOUT YOURSELF

“Hi, I’m Krista. I’m 29 (I feel ancient when I put that number down) and I live in Calgary, Alberta, Canada. I’m a Social Worker and work for Big Brothers Big Sisters. I love spending time with my dogs- be it mountain adventures or lazing on the couch watching a movie with them. I love working with Echo on her training and throwing a ball with Jax, but I also love camping, camp fires or a good games night with friends.”

NOW, TELL US ABOUT YOUR PUPS + YOUR RELATIONSHIP WITH THEM

“Well maybe I should start at the beginning. My whole life I have never felt like I quite fit in anywhere. I have struggled with anxiety for as long as I can remember, but through Jr. High and High School I desperately tried to find my niche, but never really succeeded. I don’t think anyone realized how alone I felt; I excelled in school and music, and because of that no one saw me struggle. I begged my parents for a dog from as early as I could remember. I always felt at home with animals, but my heart was always with dogs. I volunteered at the SPCA from a young age, and would always plead to my mom to let me bring a dog home. She eventually caved in and my first dog came into my life when I was 14- he was a rescue pup and I adored him, he was going to be my saving grace. While he was always up for a walk, he bonded closely to my mom and I was heartbroken. I loved him, but he was never mine.

For years I longed for my shadow in fur form, and when I was 19 the stars aligned. A kid I knew from marching band (yes, I was a band geek) came in to rehearsal one day, and said his dog had run off with the neighbor’s dog (his champion border collie ) and they needed to ‘get rid’ of the dogs or they’d let them loose for the coyotes. I was devastated to hear that, so I ensured I was able to work full time, while going to university and other volunteer commitments so I could afford the cost of bringing another dog into the house. I then jumped in the car and drove the 2 hours to a small town where the puppies were and went to find my new friend. There was a little of about 8 pups and I loved them all- my mom and best friend fell in love with the quiet, little, tame one, but when I knelt down, this fat, roly-poly fluff ball came barreling through the mass of puppies and put his little paws up on my knee, and that was that. He was the biggest in his litter, had the most beautiful merled colouring, he was mine, and he was perfect. He was named after his bouncy personality- he literally bounced everywhere he went, which reminded me of the game of Jacks – and so he became Jax.

Jax is a 10 (11 in September) year old Border Collie, Australian Shepherd, Chocolate lab mix. He is my shadow, everything I hoped for. He follows me everywhere I go, he is a mama’s boy and is exactly what I needed. For 10 years he has loved me unconditionally- he has sat with me in my lowest of lows and highest of highs and not once have I questioned his loyalty. About 3 years ago, my earth almost shattered completely when Jax had a seizure and fell down the stairs trying to get to me. It was the scariest moment of my life, and I was devastated that I was losing my best friend. Jax had another seizure a month or so later and then one almost 8 months after that- the vets were stumped. The vets prepared me for the fact that it was likely a tumour on his brain as environmental causes or epilepsy was extremely unlikely. I opted not to put him through scans and other invasive tests and decided to love him fiercely for whatever time he had left.

It was around the last seizure that a close friend of mine was fostering two puppies- I went with another friend to meet them as she was looking for a dog. I went with no intentions of brining another dog into my life, especially not a female (all of the female dogs in my life were way too high maintenance). As I sat on the back porch this little pup came wandering up to me and climbed on my lap. Here name was Sahara and she had the sweetest face- her eyes made me melt. A few days later, my friend brought the two pups to meet Jax- he has always been particular about other dogs being in his space, and while he wasn’t a huge fan of Savannah- he was enamoured with Sahara. The next morning I put in my application to adopt her. My parents thought I was crazy- I had just bought a house and Jax had just had these health scares, but that was my driving force. There was something I read, that said something along the lines of “do not say that you will never own another dog when I go, find one that needs a home and add another piece to your heart. I knew that if I was losing my best friend I would need a friend to help me through it, and I also knew I wanted Jax to have company- I didn’t want him to be alone if he went. Sahara was rescued from the Yukon with her mom and other litter mates- so the name Sahara just didn’t seem to fit. I wanted to find an outdoorsy type name, and Echo just seemed to fit. Echo is a just recently 2 year old Australian Cattle Dog mix. Based on the DNA test from her litter mate- the guess is ACD, Border Collie, flat coated retrieve mix. And yes, she has the energy to prove it!

When Echo came home, she gave me the greatest gift I could ask for… Jax. He was happier, more outgoing and energetic and has now been seizure free for over 2 years. Jax was given a clean bill of health just last month, not only that but they were astonished by his muscle tone and dexterity. Echo also gave me another gift- the reminder to live again. I started obedience classes with her, and she and I thrived. It forced me to get out more and work my butt off to give her the life she deserved. Echo has excelled through all levels of training and graduated with the title of Urban K9, and I am beyond proud.

While I could ramble on for hours about my best friends I will simply say this… Jax and Echo you are my greatest adventure, my light at the end of a dark tunnel, my heart. I may have rescued you, but you saved me.”